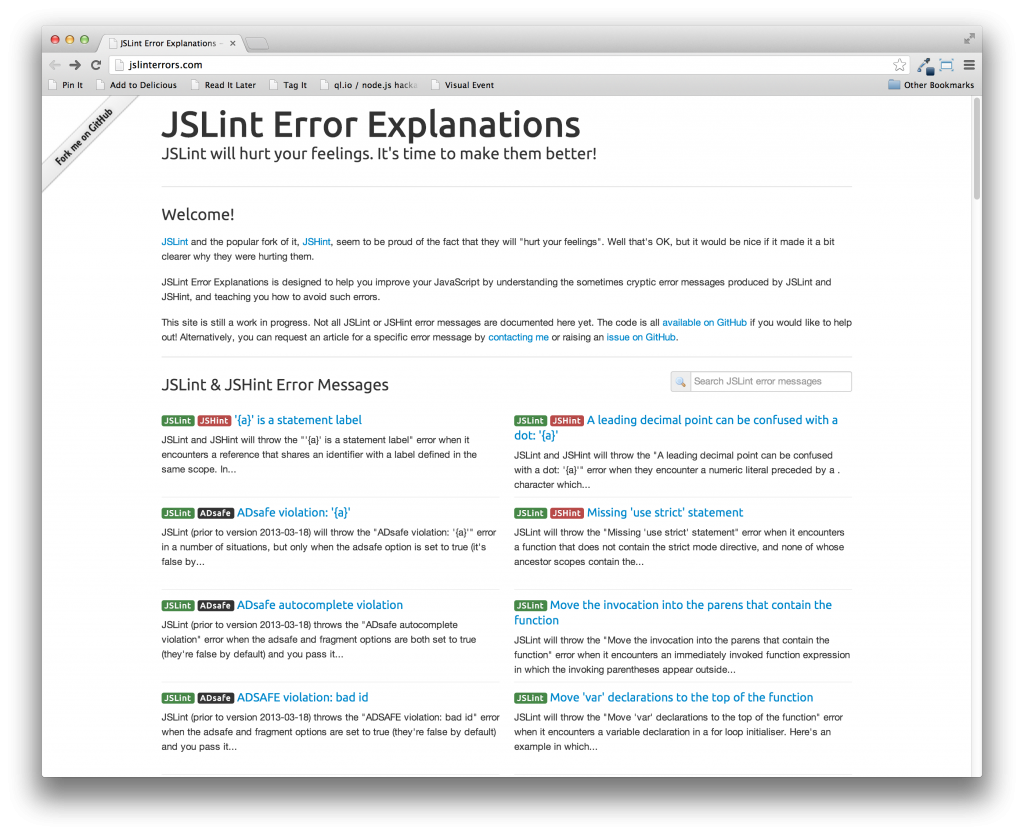 The transition from going from not linting your code at all to writing code that is lint-free is a bit of struggle at first. What do all of these linting errors mean? Sometime I will end up having to google what a particular lint error means and how to fix it.

Well, those days are gone thanks to JSLint Error Explanations. They even have sample code which demonstrates the linting error and tells you hot to fix it. Pretty nice.

The only annoying thing about the site is the “Fork me in GitHub ribbon” on the upper right that is fixed in that corner even if you scroll.

Speaking of linting, I also highly recommend Google Closure’s linter. It comes with a tool that will automatically fix style issues that it finds for you. Very handy and easy to use, though the install is a little bit of a pain.

And lastly, for Sublime Text Editor users, if you want to use multiple linting engines on the fly with the excellent SublimeLinter package, you can check out my fork of the SublimeLinter that calls multiple engines instead of just one.